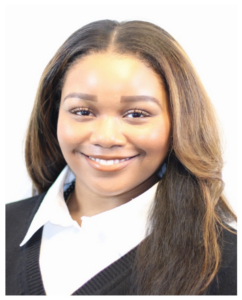 Dionne Dillard is a 2L at the University of the District of Columbia David A. Clarke School of Law (UDC Law).  At UDC Law, Dionne is on Law Review, works as a Writing and Citation Mentor in the Writing Center, and serves as a Senator in the Student Bar Association. Dionne also has plans to participate in one of UDC Law’s prestigious clinical programs in the immediate future.  In addition to her studies, Dionne is committed to engaging in a variety of service-oriented projects and organizations, as well as membership in Region XII National Bar Association affiliate organizations, the Greater Washington Area Chapter of the National Bar Association’s Women Lawyers Division (GWAC) and the Washington Bar Association, and the Mid-Atlantic Black Law Student Association. Dionne has served as a Vulnerable Adult Volunteer with ARC, and tutor with Pathway to Success.

A longtime advocate for marginalized communities, Dionne is excited about finishing law school and embarking upon a legal career in which she can continue to fight against racial and economic disparities.  Dionne is a graduate of the University of Minnesota—Twin Cities and member of Alpha Kappa Alpha Sorority, Incorporated. 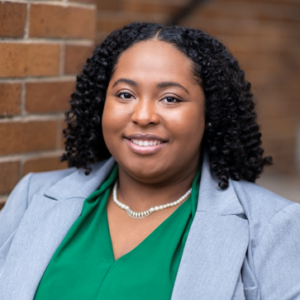 Megan is a rising 3L and a first-generation law student at Howard University School of Law (“HUSL”).  A native of Texas by-way-of Mississippi, she is a proud graduate of THEE Jackson State University. At HUSL, Megan served as the secretary for the Class of 2021 Council, Federal Student Honors Extern at the U.S. Securities and Exchange Commission, Community Service Chair for the Class of 2022 Orientation Committee, and the Community Service Chair of Epsilon Sigma Iota Sorority, Incorporated. Also, as a member of the Charles Hamilton Houston National Moot Court Team, she advanced to the semi-finals of the D.C. Cup Moot Court competition. During her 1L summer, Megan split her summer. She served as a judicial intern for both The Honorable Carlton W. Reeves in the United States District Court for the Southern District of Mississippi for the first half and The Honorable Catharina Haynes on The United States Court of Appeals for the Fifth Circuit. This summer, amidst job insecurity due to COVID-19, Megan’s summer internship program was cancelled, however she very quickly sought out other opportunities and is currently serving as an unpaid law clerk with the HUSL Criminal Justice Clinic through the Maryland Public Defenders Office under the supervision of Professor Lucius Outlaw III. During her final year at HUSL, Megan will serve as Captain of the Charles Hamilton Houston National Moot Court Team. Megan’s membership on the team has developed her general interest in litigation and post-graduation, she hopes to gain more experience in the courtroom by serving as a federal law clerk. 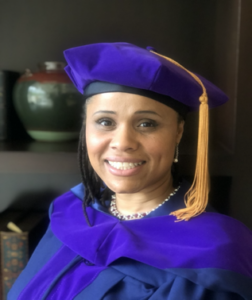 Bilqis Watts Wilkerson works for the Thurgood Marshall Civil Rights Center at Howard University School of Law. Ms. Wilkerson’s intended practice area is human and civil rights, with a focus on movement lawyering and women’s impact on the legal community. In her spare time, she advocates for small business issues with the DC- SBDC (Small Business Development Center) and provides pro bono support for workers’ rights with the Washington Lawyer’s Committee for Civil Rights and Urban Affairs. Ms. Wilkerson is a summa cum laude graduate of Trinity University and a 2020 graduate of Howard University School of Law. Upon graduation, she received the distinguished honor of “Social Engineer” in the tradition of Charles Hamilton Houston for her pro bono service. As a law student, Ms. Wilkerson clerked with the Louisiana Center for Children’s Rights, providing criminal defense for juveniles in New Orleans; worked with the Kemet Hunt Law Group; interned with the DC government at DSLBD; and served on the board of Little Friends for Peace, an anti-violence non-profit organization. As part of Howard Law’s Civil Rights Clinic, she helped draft and develop an amicus brief that was submitted to the Supreme Court of the United States on behalf of a Black Lives Matter protester whose constitutional rights were violated. Ms. Wilkerson plans on taking the District of Columbia bar exam as soon as possible, given COVID-19 related postponements. After the bar, Ms. Wilkerson plans to continue her work with the Thurgood Marshall Civil Rights Center. 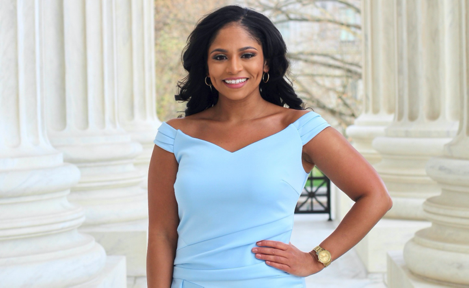 Janae Staicer graduated magna cum laude from Georgetown University Law Center. During her time at Georgetown, she served as the President of the Black Law Students Association, Senior Articles Editor of The Georgetown Law Journal, and a member of the moot court team. She also served as a writing fellow, working closely with 1Ls and upperclassmen on their legal research and writing. Before law school, Janae worked in St. Louis on a variety of racial justice projects, where she became passionate about civil rights law, specifically as it pertains to police and prison reform. As a student in Georgetown’s Appellate Litigation Clinic, she had the opportunity to brief a case in the U.S. Court of Appeals, representing a client in his civil rights lawsuit against prison officials who abused and injured him while in custody. Janae also received Georgetown’s Pro Bono Distinction, completing 287 hours of pro bono work during law school. This fall, Janae will be moving to Houston, Texas to clerk for the Honorable Gregg Costa of the U.S. Court of Appeals for the Fifth Circuit. Next year, she will clerk for the Honorable Alison Nathan of the U.S. District Court for the Southern District of New York. Upon completion of her clerkships, Janae plans to return to the DC area to pursue a career in civil rights law, with the goal of using litigation to dismantle the use of racially oppressive policies and practices in the criminal legal system.